Comply or Cry..my method of parenting

Firstly, let me explain! Before you jump up and down and call social services my blog is not going to be about some ultra conservative, right wing, spare the rod, type parenting method. <Breathe> This post is about how I parent, which I think really is how most of us parent, and why to me it is the fundamental basis of being a parent.

When my son (almost 2) was a tiny baby and we would go to these Mummy and baby groups that you should go to, I would regularly end up in conversations about 'parenting methods'. I was not into Gina Ford and had never heard of Janet Lansbury, I actually got confused and thought of Angela Lansbury and my mind quickly wandered off to Bedknobs and Broomsticks and thought that would be a cool way of raising kids, but I digress... I certainly wasn't going to do bloody attachment parenting. I would sit and listen to the Mummies talk about their routines and chapters from books and the trials of wearing a baby whilst making a cup of tea in 3 minutes at 11.17am and silently scream to myself that I thought it was all a little bonkers. When someone asked me during one of these conversations "Who do you do?" I opened my mouth before having really engaged my (tired baby) brain and answered "I just suck it and see!". As I looked upon their blank yet unimpressed faces I tried to explain...."My philosophy is if it works ... Baby stops screaming, well, woohoo! ... If it doesn't, f*ck it, move on and try something else! Suck it and See!" and there in that moment my very own parenting method was born, ta da!

Since then my parenting style has evolved to meet the ever growing challenges of a feral and ever so slightly rabid toddler. I now adopt the "Comply or Cry" parenting method. This one I am particularly proud of. I even named my blog after it. As all parents will be painfully aware some things have to happen whether you or your baby like it or not. I find most of them relate to personal hygiene. Some things aren't choices - wearing nappies, brushing teeth, and simply just having the shit wiped from the backside and back of the neck, and the feet, and the earlobes, and wherever else it ends up!

I always explain to my toddler what I need to do. I ask him nicely to help mummy, I sing a song about wiping poo from earlobes while I try to do it, I bribe with treats, and then I inevitably end up pinning the little bugger to the floor with my knees whilst I attack him with wet wipes to remove the faecal matter from around his person before wrestling a clean nappy on him, at which point he screams until it is over. He had the option. Comply or Cry!

Again, this works with teeth brushing, I ask him to do it himself, I try brushing my teeth with him to encourage him to make the decision to brush his teeth himself, I sing a song, I say Ahhhhhhh with my mouth wide while trying to get the toothbrush in his mouth, aaaand then I pin the bugger to the floor with my knees whilst I get the toothbrush in there and brush away the strawberry pips and ketchup residue, at which  point he screams until it is all over. He had his chance. Comply or Cry!

I find that as my children grow this method is being employed more and more in our house and out of it. Getting small children into car seats, putting coats on in the rain, putting hats on in the sun, wearing shoes, wearing clothes, getting into a pram, getting out of a pram. It really is quite adaptable.

I don't really buy into 'doing a method'. When I was pregnant I didn't think I needed to read a book on routines or 'how to', I still don't. If that's how you like to do it, great but I think having a 'method' is restrictive and almost certainly sets parents up for failure, I would definitely have failed. I like the chaos and the unknown and have found that my babies have ended up falling into routine by themselves, and I have followed.

Before I had children, I, like most, had this completely romanticised notion of how it would be. My children would be clean and quiet and well behaved and say "Yes Mummy!" when I asked them to do things. The reality is dirtier and noisier and nothing close to obedient. In fact if I'm honest I don't ever really get the "Mummy" part, he calls me Dad and mostly just shouts and points emphatically when he needs something.

The weird thing about parenting is that the small things are the hardest, the teethbrushing and the shoe wearing and the in and out of the pramming. The big stuff, the growing and developing stuff happens on its own, when I'm not looking. Suddenly he is talking and making his own (questionable) clothing decisions, weeing in a potty on the floor and gives me his cheek to kiss instead of his wet sticky lips.

So yes, although I try the "cooperative" approach the "coercive" is where we end up. It is a shorter, quicker, more successful route to where we need to end up with the small stuff so that we can do things, many things, go to the zoo, make cakes, do painting, things that help with the big stuff, things we will remember forever.

The things that really matter. 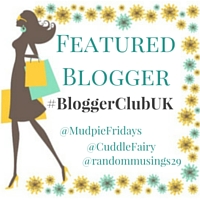